I know what it means to own my code contributions Github, but what does it mean to own my rides on Strava? 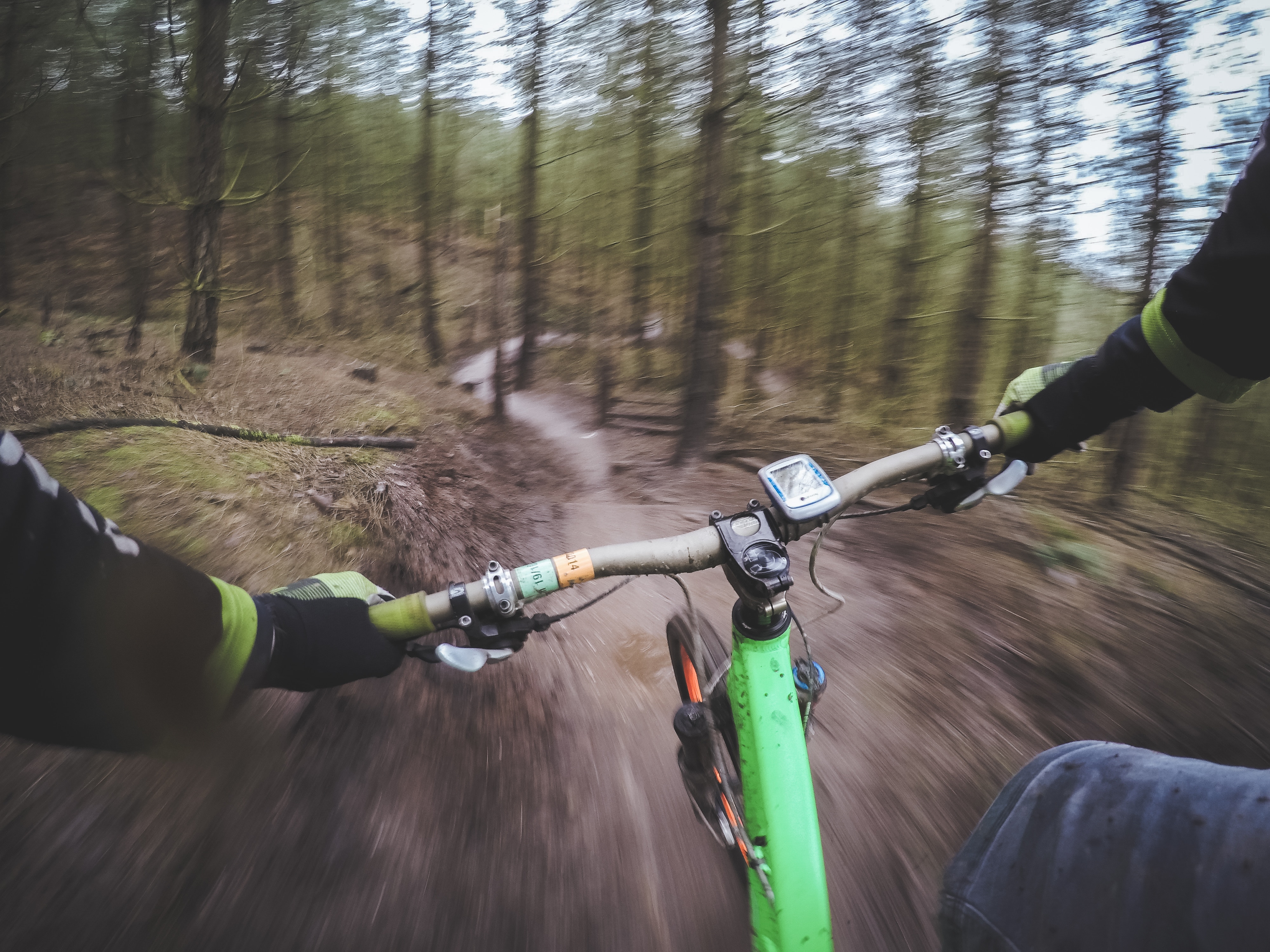 I recently went mountain biking in Bend, Oregon, which is a few hours’ drive from my house. As I usually do, I used Strava to record the ride. This was a new trail for me, and I got lost multiple times, so I also used Trailforks to figure out how to get back to my vehicle.

I’ve been thinking a lot about how services like Facebook start out helping us, but at some point the relationship shifts and we’re stuck helping them more. I don’t think Strava has gotten to a stage where the relationship is abusive, and maybe this is weird but I hope they stay too small to ever get there. Even without that shift, though, I am a little uncomfortable with our relationship.

I was standing on the trail, trying to find the right trail and idly watching a coyote search for chipmunks. As I switched between apps, I realized that I was losing a lot by recording in Strava instead of Trailforks. Or rather, I wasn’t; people who want to bike this trail in Bend were.

I log my rides (and my infrequent, hilariously slow runs) in Strava for, um, reasons. I don’t want kudos, and I don’t really look at my historical performance, although I do enjoy being able to study my rides at times. I want the data there, even if I rarely use it. And it conveniently automatically completes my daily exercise goal in Streaks. It’s kind of useful, but if it went away tomorrow, I wouldn’t miss the online component much, if at all.

If I instead recorded all of the trail rides in Trailforks, then everyone who came after me could get some value from the information provided by my ride. They could see what route I took, could likely tell based on my speed when I had to walk and when I was able to ride, and they could over time get a sense of what routes are most popular, or even what signage is confusing.

I built an open source company, so I’ve thought a lot about the worth of contributions. A developer’s time on one project can’t be spent on another. Someone who writes documentation for your baby is giving up the opportunity to contribute elsewhere. It’s a conscious choice on the part of the contributor, and a constant interaction between the project and its constituents to keep people coming back.

I think Trailforks really understands the value of my contributions: If you do this, people who ride here will have higher quality data, and probably better rides.

I am super confident that Strava knows the value of my usage: I’ll get feedback from friends and I can track my speeds and feeds. But those aren’t contributions; that’s not something I’m giving up for the greater good. It’s something I am doing for selfish reasons.

The value of my trail ride could be for the greater good, though. Even my road rides and runs could be, as they could help people find routes, but the trail rides especially seem valuable, because the downsides of being lost out there are materially worse than not having the right route for your run.

It’s clear to me that Strava is not seeing my data as a contribution. They’re focused on engagement. That’s not inherently bad - lots of people use and love the app - but it is different. I find it interesting to think of what the experience would look like if that changed.

But after that, I thought: Why can’t I just share the data with both apps?

I mean, to some extent I can. I can just run both of them and let each record its own view of the world. This is what I did with Slopes and Strava in Mammoth, taking the lifts up and riding down. That made a little more sense because neither quite has the correct view of the world - Slopes doesn’t know what bikes are, and Strava doesn’t know what lifts are. It was pretty kludgy, but more importantly, I didn’t run into this conflict because the apps exist to do pretty much the same thing, just for different sports.

I could duplicate here, I assume, but… it seems stupid.

Beyond our relationships to service providers, I’ve been thinking about what it means to own your own data. It sounds awesome, but it’s rarely very useful in practice.

It turns out, I do own the data that I have posted on Strava. Great! So I’ll just share it with Trailforks, too.

Hmm. What would that look like? Can I… download the data, and then upload it to Trailforks? Is it a common data type?

Can I record it separately on my phone and post it to both apps? Is that what truly owning my data would look like?

It’s hard to imagine that world: You use apps that generate data, which by default is yours and only yours. It gets recorded in forms that are easy to share, understand, and manage. If you like, you can then contribute that data to other sites, and in doing so, you get to negotiate with them exactly what rights you’re passing on. Either way you have the data, but now they get a copy, too. If you don’t like their offer, you still get the data, and most likely, given you have all your delicious data, other apps will crop up with a different offer, because they can focus on that rather than all the data collection.

It would look a lot like the text editor I’m using to write this article, Ulysses. It allows me to publish, but is built first and foremost to make it easy to write. Sharing, contributing, engagement, and all of the other online stuff is left to other sites, other apps, like Wordpress and Medium. And yeah, those apps do allow both writing and publishing, but it’s a horrible experience, a great way to lose data, and if you only write there then your data is stuck in their system and is pretty hard to get out in a useful way.

The world of writing looks weirdly different from the world of recording rides. And a lot worse.

I’m not in control. Legally I own the data, but, ah, I don’t have it. Strava does.

I would never write directly in Medium, so why am I logging my rides directly in Strava? What am I giving up because of it?

I’m pleased to find that Strava will allow me to give other people the data - the data that I own! - and it turns out that Trailforks knows how to slurp it out of Strava.

So it all ends well: My rides are in both locations, and every mountain bike ride I post to Strava will now be automatically imported intro Trailforks. Probably.

But for that brief moment, in Bend, while watching the coyote… I saw what it would take for me to really own my data. I liked it a lot.

How to Neg a Founder