A single drink perfectly captures the weirdness of raising money for the first time. 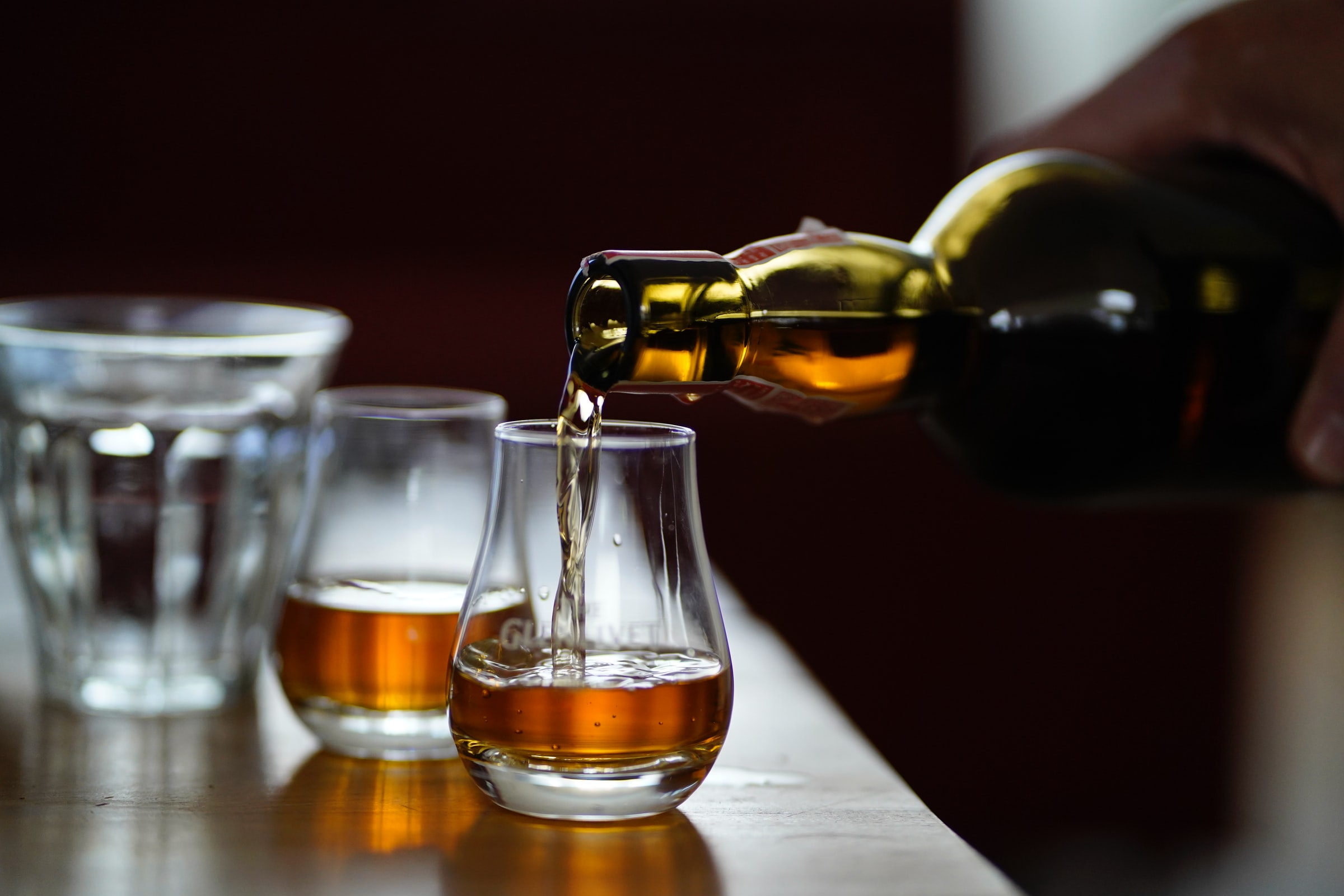 Photo courtesy of Dylan de Jonge I found myself at a hotel with some friends. I was visiting Portland for a conference. Puppet’s first investment round – and mine! – was closing. The money was being deposited.

Have you seen a David Mamet movie, like The Spanish Prisoner? They’re fantastic. But eerie. Disquieting. They build up a story, brick by brick. Then they yank a few bricks away, exposing the whole story as a lie. Only a hollow truth remains, unrelated to your built up belief. It makes you question everything.

I’m waiting for the closing in this hotel, and I order a Macallan 18 to celebrate. This was back when it was only expensive, not egregious. I lift the glass, and I think:

The money is being deposited into my bank.

I think it’s a real bank.

Who introduced me to the bank?

The investors introduced me. They specifically wanted me to work with this bank. They’re the ones giving me the money. They wouldn’t say they’re giving me the money then give it to someone else. That’s a silly kind of fraud. I just have to trust them.

I sit there. Sipping my whiskey.

I think it’s a real bank.

I had never seen a bank account with that many zeroes - and I still may not at that point! I have no idea what to do.

So I sit there. Savoring that delicious, delicious whiskey.

I didn’t mean to raise money. I was just focused on running the company. We had bootstrapped for almost four and a half years. I figured we were going it alone.

I had talked to people in the past about raising money. It was like Groucho Marx’s joke about clubs: I wouldn’t take money from the investors willing to give it to me. “Wow, I would love them as an investor,” you get nothing. Or, “I would happily give you money and ruin your life.” Hmm. Not really the deal I’m looking for.

One day at an event, an investor tracked me down. He said, I’d like to invest in your company. I said, That doesn’t sound right. A lot of investors say, We should talk. He said: We should talk on Monday. That specificity made all the difference.

He made a very confusing offer: We would like to write a $1.75 million check into a $2 million round. I said, how can you be that bad at math and work in finance. He said, Go find other, rich people that you know to give you the rest of the money. I said, you are, literally, the only rich person I know. He said, I just joined this firm. I am not rich. Then we’re stuck, I said.

I lived in Nashville at the time. There are a bunch of rich people there. But they’re all musicians. They don’t do technology. We most emphatically did not hang out. We weren’t going to fill this round through my network.

Eventually, by connecting me to their network of rich people, I was able to raise $2.25 million. Mostly through luck not skill. I didn’t build a deck. I didn’t run a formal process. I didn’t pitch multiple investors to get competitive term sheets. I pretty much did the exact opposite of the play book. The investor who filled out the round turned me down at first, but I heard his wife persuaded him. I don’t know if she liked me or was cursing him.

Once all of the investors are in place, you wait.

The things you learn in your first round.

Closing takes about thirty days. Five rounds later, I have no idea why. It takes thirty days, and it costs $30,000. One of the terms in the term sheet you get from your investors states that you pay for closing. “We’re going to give you this money, and then you’re going to give some of it to the lawyers.” Investors cap the fees, and the lawyers coincidentally hit that exact number every time.

I honestly don’t know what the lawyers do at closing. The documents are massively long, but they’re pretty much the same. At a late-stage company, I can understand: There is diligence to do (although not by the lawyers), financial data to look through (done by analysts, not lawyers), customers to talk to (by the investors, not the lawyers). At an early stage, though, there just isn’t much information. I don’t know what they do.

But it takes thirty days. And costs thirty grand. Says so on the term sheet.

But when that waiting stopped, boy howdy did things move.

The money did get deposited. It was a real bank after all.

Within a month I’d moved from Nashville to Portland. Within two months, I had my next three employees. And within six months I had a team of ten.

Raising money set us off like a rocket. Bootstrapping for more than four years provided a fantastic foundation for quick growth.

Looking back, I’m glad we raised money. I only wish we had done it earlier.