Why and how my team built board reports instead of PowerPoint decks. Fifty pages, less work than slides, and more valuable. 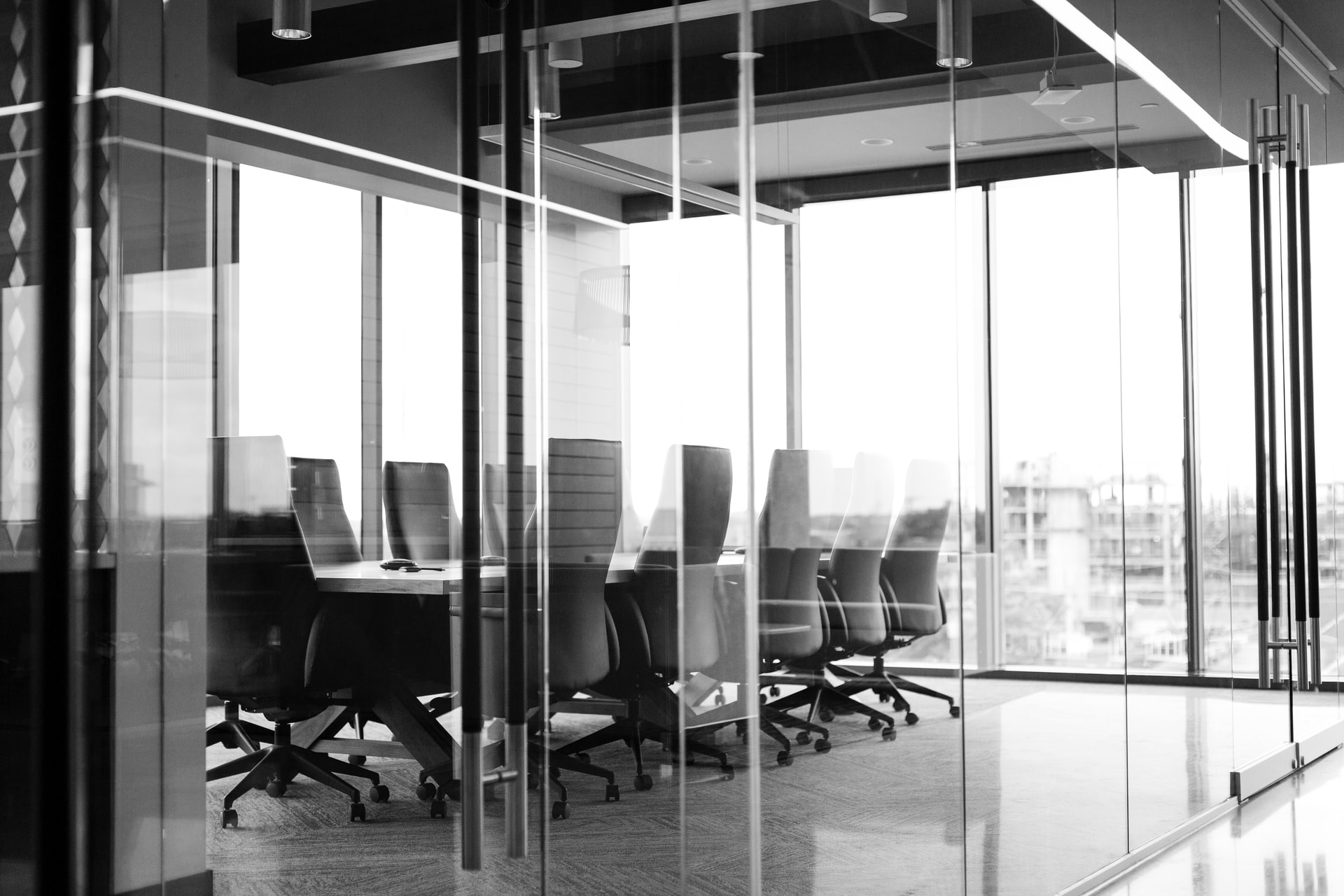 Board meetings are a critical time of communication and reflection for a company. You have to share enough information that the people in the room can make existential decisions about the business. Yet most CEOs I know share only slides (the “board deck”) with their board.

This is a huge mistake.

People who worked for me at Puppet claimed I hate PowerPoint or Keynote. Nope. I use them myself when presenting on stage in front of a large crowd. But they are a horrible choice for communicating without a talk track, and are incapable of conveying large amounts of information, or anything of detail.

Don’t trust me? Ok, how about Edward Tufte , The Godfather of information design, who partially blamed them for the Columbia space shuttle explosion:

These [NASA] review boards examined what is probably the best evidence available on PP for technical work: hundreds of PP decks from a high-IQ government agency thoroughly practiced in PP. Both review boards concluded that (1) PowerPoint is an inappropriate tool for engineering reports, presentations, documentation and (2) the technical report is superior to PP. Matched up against alternative tools, PowerPoint loses.

What’s that you say? Running your business is easier than shooting rockets into space, so you are fine dumbing down your communication? You’re not in great company.

Bezos revealed that “narrative structure” is more effective than PowerPoint. According to Bezos, new executives are in for a culture shock in their first Amazon meetings. Instead of reading bullet points on a PowerPoint slide, everyone sits silently for about 30 minutes to read a “six-page memo that’s narratively structured with real sentences, topic sentences, verbs, and nouns.”

It’s not just that slides are bad.

There’s a much better option right in front of you.

For most of my time running Puppet, we prepared a board memo: A text document written in normal English, with supporting images and charts. It averaged between 35 and 55 pages in length.

It took less time to prepare, and conveyed the state of our company more effectively. I recently shared my last board report, from 2016, with a friend, and he protested, “This is an SEC filing, not a board report!”

I’m not sure if our process is a fit for you, but hopefully it will at least inspire you to find a better solution than slides.

I used to be like you. Well. I never walked through slides in the meeting. I always drove a short (3ish items) agenda. My goal was discussion, not presentation. But I did start out using a deck.

I still cringe a little at the thought. But one of my startup principles is “Innovate only when necessary.” Your business requires a certain amount of breaking new ground. But don’t add risk by doing something unnecessarily new. If I avoided everything I thought was dumb I’d never get anything done.

Everyone else did board decks. My team was used to them. 🤷‍♂️ Sure, we’ll give them a try.

We spent too much time, on the wrong work, and did a poor job in the end.

Wow. The team spent so much time on fonts. And arranging images. What, exactly, is this adding to the board meeting? I understand: An ugly deck makes us look bad. But it seemed like we were spending a third of our time prettifying something instead of actually communicating.

There’s a good reason it was so hard to make them attractive: We had a ton of information to convey. We had to include detailed information about sales, marketing, engineering, and operations. The reader needed to quickly gain a sense of what was working, what was not, and what the vectors were around the company. No amount of picking fonts and rearranging images could deliver that understanding with PowerPoint.

So one quarter we ran an experiment. It was early on, only a year or two after our first round.

I gave each member of my team a choice: You can produce slides, or prose (i.e., plain text, using full sentences and paragraphs). Unsurprisingly, sales and marketing picked slides, and engineering and services picked prose.

What a stark difference.

The prose was done faster, communicated more, and just felt so much better.

Experiment over, prose won, we switched.

I don’t remember exactly how the process evolved. I do remember where we ended up, six years into using producing what we called board reports.

We did all the writing in Google Docs. We could all work at once and not step on each other’s toes.

I would build a skeleton of the report: Write out each section heading (“Summary”, “OKRs”, “Product”, “Marketing”, “Sales”). Then I’d use a comment to assign each section to the relevant executive. They’d either produce the text themselves, or do so in partnership with their team. Sales, marketing, and finance would include a lot of charts and graphs; product tended to stick to prose with a couple of diagrams or screen shots.

As people filled out the document, I played a few roles.

I spent most of my time assessing when someone was done. I’d read through people’s work and mark something that was insufficient, unclear, or missing with a comment in Google Docs. These are easy to spot even when scrolling through a fifty page document. As people worked, they marked their progress as done or ready to review. A completed section was easy to recognize: All comments and suggestions were resolved.

In this way, I could scan a large document and instantly see where work remained to be done.

My second job was overcoming a shortcoming in Google Docs. Or maybe a lack of training of office workers. Docs has built-in headings, and if you use them, your document is visually consistent, and auto-generates a table of contents. However, most people who worked for me never used the headings. They’d make a headline bold and increase the font size. So I had to go through the entire document and correct the markup. This was probably a quarter of my time.

By the end, I delegated this to a senior copy-editor who we trusted to see the entire document in process.

My last major role, and the only one that resembled the work of a CEO instead of an editor, was to ensure we were telling a single, coherent story. I’d write the summary to set the key messages. Then as I assessed everyone’s work, I pointed out inconsistencies or gaps. Most of this simple editing: Ensure all of the text used the same voice (first person plural, usually). It involved plenty of strategic work, though: tying company goals to team performance, ensuring the whole story was told, and asking everyone to cover the ‘why’, not just what happened.

You can guess this process triggered a few tense side conversations as I dragged information to light.

That, in the end, is the real point of the board report: Make sure we all understand the true state of the business. The writing was more important than the reading. It was on me to ensure we did the real work, rather than just packing it with information without saying anything.

I usually spent about four hours on it. Again, on a fifty five page report. My team each spent 1-3 hours. I did have the odd executive here or there or spend more like four or five hours on their part. We also never invested enough in automated reporting, so I’m confident some parts of the org had to work harder than I’d like to admit to generate their charts.

We targeted completion at least a couple of days before the board meeting. I’d share it with the board as a PDF. A couple of times I tried sharing it as a Google Doc (copied, so they can’t see the edit history), in hopes they would ask questions that could drive the agenda. It never got much engagement so I stopped.

Without a board deck, what did we actually talk about? I mean, without slides driving every minute, don’t you lose track?

No way. I ran a tight ship. But we measured time in half hours and big topics, not individual clicks.

My board meetings were usually three hours long. I’d spend an hour with just the board discussing high level status of the business and team. Then we’d take an hour and a half to cover our agenda, usually with portions of my team in the room. Then we’d spend half an hour at the end again just with the board, discussing what we learned and what we expected to do about it. This is when we also assessed individual executive performance. By the end of my tenure we also had a few minutes set aside for just the board, with me absent.

This process created space for deep conversation in the meetings. Everyone who read the report (which was, well, nearly everyone) was caught up on the business. They were fully prepared to discuss the three topics. And we had no structured flipping of slides to get in the way of discussion.

After the meeting, I edited the report as needed then sent it to the whole company.

Usually this involved removing just a line or two. Sometimes it was larger surgery, and others no changes at all. Mostly I cut out discussion of personnel changes, or removed sentences that required more sensitive, political phrasing than I practiced in these reports.

The end of this cycle ensured everyone involved in the company was up to date on, well, everything. Goals, status, progress, weaknesses, strengths.

I don’t know if everyone should use this process. I know many people were raised by American business to think slides are the best form of communicating. That’s a hard habit to break. I won’t even judge you if you use slides during the meeting to display the agenda and schedule, and maybe key images.

Slides are perfect if you want to tightly control the message, and not leave much room for hard questions.

But if your goal is to do real work in board meetings, skip the deck and write a report.