The drive for social status created the worst, most important part of the Iliad. Now it’s filling up investment announcements. 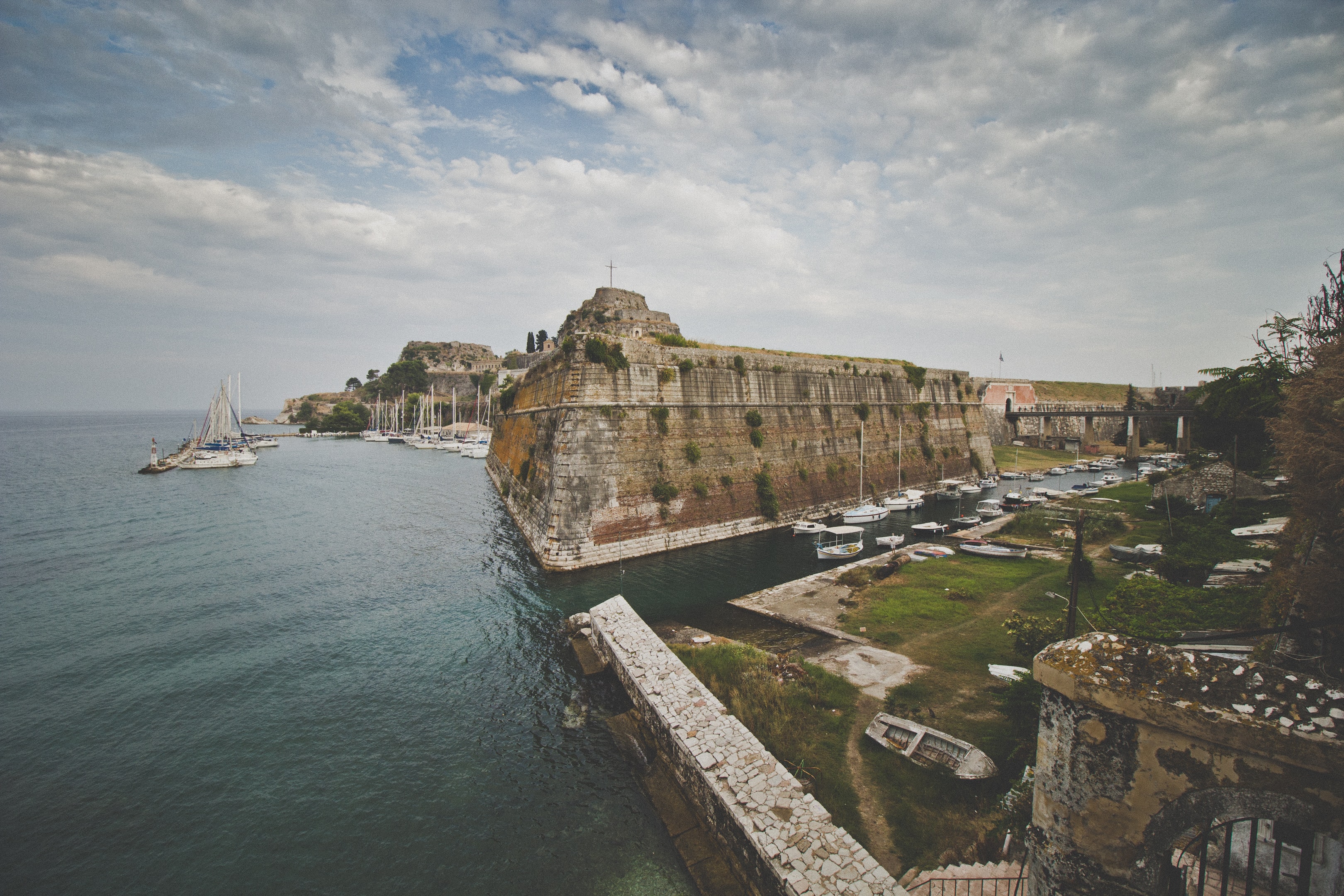 My fancy liberal arts school hazed me, like it does all students: I had to read The Iliad and The Odyssey.

We did more than read. We wrote. We talked. We dissected, for meaning and history. Me, and a dozen other kids I’d just met. It was school, after all.

The Odyssey is great. A proper story. Easy to read, and easy to see why it stuck around.

The Iliad is… not. It’s hard to read. Everyone in it is kind of a jerk. The biggest jerks are the biggest stars. The entire story rotates around a woman - Helen - without giving her agency. Maybe she didn’t want to go home?

For all its difficulty, it’s the more important book. Studying it taught me a lot.

Founders could learn from it even today.

In a hard book to read, one section is by far the hardest, weirdest, and seemingly most pointless. We called it the Parade of Ships, but Wikipedia uses the less glamorous “Catalogue of Ships.” It is exactly what it sounds like: A description of a lot of ships. More than a thousand. You know. Because Helen’s face was so beautiful it launched a thousand ships.

This gives us the millihelen: Enough beauty to launch one ship.

The Catalogue is scintillating:

That’s just the first paragraph! Every time I read this I delight in its nothingness. Now that I don’t have an essay due.

This litany, 2,500 years later, wakes our deepest fears about dusty old books. You’re probably feeling pretty good about skipping it. Yet it drove people to tell this story again and again. Being in it mattered. To your family. To your village. To everyone in Greece. Without the Catalogue of Ships, The Iliad might not survive.

Retelling a great story would always draw a crowd. (Remember: Both of these books were told in oral form long before they were ever written down.) But giving every listener a chance to brag or shrink because of the behavior of one of their ancestors… jackpot!

I was reading a funding announcement recently, and was struck by this:

That’s a long list. Especially so for a company likely raising only its second round of funding (based on the amount).

Then it hit me:

These investors are listed for the exact same reason the ships are catalogued in The Iliad!

The Greek warriors were fighting for timé, a kind of honor and fame. The stories helped them pass it on to their descendants.

Investors are fighting for the modern equivalent (named, ironically, after a different, also unpleasant Greek story). Now it’s earned in investor announcements on sites like TechCrunch, not ship descriptions in stories told in the town square.

This is more funny than bad. There’s value in being able to track down which investors work with what kinds of companies. More openness is a great trade-off for a little exposure for the investors.

Still. Seeing the parallel was a delightful lift to the morning. I have a science degree but a liberal arts education. I love what the combination has done for my career. It’s nice to have it be a source of humor, too.

The parallel provides a lesson for founders:

The catalogue of ships describes a thousand vessels, and far more people. But most of them were never mentioned again in the story.

Don’t look for those involved in the investment. Look for who helped the company succeed. Who wrote the first check.

It’s the message, not the medium

I did more writing in 2017 than I ever have before, probably more than I had done in my entire life. I stated at the outset my desire to write in order to learn, and publishing regularly has delivered. More importantly, it forced me to capture and share many of the results of my R&D. The writing topics were primarily venture capital, the software startup ecosystem, and founder optimization, but one of my weaknesses is a drive to the meta, spending time on the tools and systems rather than the work itself. Unsurprisingly, this ground is as fertile in prose as it is in code.

I have done all of my writing on Ulysses, which has been a good tool. I do miss much of the power of Vim for managing text, but the usability trade-offs are usually worth it. Plus, Vim is not exactly strong on wrapped text. Ulysses’s most important capability for me is that it transparently syncs between my phone , both of my iPads, and all three of my computers (yes, I know). I can open any document on any device with no worries (given my iPads are on LTE, and thus can always download updates). Second to that is the ease of getting data out. I was able to text a 5k word document directly from Ulysses on my phone to two different people, because it converts anything to PDF and can send out via the share sheet. It publishes directly to most platforms, so I used it to post everything to Medium. I do wish its backend storage was more visible, so I could version control everything in git, but you can’t have everything.

The only time I ran into troubles was publishing my travel writing - I was copy/pasting photos from Apple’s Photos app into Ulysses, then publishing into Medium, and it turned out that no part of this process downscaled the photos, meaning each was about 20MB. This is fine when you’re on solid wifi, but not so good from a campground in Yellowstone. The primary reason I did not write during the second month of my trip is it was just too painful to publish. Ulysses really fell down here, because when it works, it works great, but when it fails it is miserable. I’d just sit and stare at my iPad for ages, with no visibility of failure or success until the very end, and it would often manage to upload the text but not the photos. The only fix for this was to delete the draft from Medium and try again. Not so great.1

Over the year I became concerned, though. I heard about Andrew Chen, who built a following on successive publishing platforms (e.g., Blogger), each popular and well-funded, only to have the companies disappear (because that’s what Silicon Valley does to most companies). He eventually realized that the only way to consistently reach those who were interested was via email; it’s never going away, subscriber lists are easily portable, and of course everyone knows how to use it. He had to move from letting a platform own his audience to taking control directly, and email was the only real way to do that.

I think Medium is pretty good, and at least for now it has no shortage of funding. Even last year, though, it made well-publicized efforts to retool its business, a clear sign that whatever it was doing before wasn’t working. It seems unwise to bet that a follower on Medium will have any meaning in a few years.

It just so happened that I ended the year with an experiment in their new business model. My series on Venture Capital, in partnership with NewCo, was published behind Medium’s paywall. While the experience was positive overall, and I got paid more for those pieces than I have for, um, all of my other writing ever, earning money isn’t my real goal in writing. Yet, paying writers is exactly what Medium has to figure out in order to attract the content and audience it wants. I appreciated the extra attention working within their paywall provided, but I came out thinking it’s unlikely to be the right path for me in the long term. My goal is to maximize the reach of my writing, and it’s more about the arc of all of it rather than a couple of heavy-hitting pieces getting the most attention, which means our respective goals are orthogonal at best, and in direct conflict at worst.

While I have not written about it, I spent a lot of last year fascinated by email, inboxes, and how we consume content. I’ve been a deep fan of RSS from the Bloglines days (Unread is my reader of choice these days), but RSS is mostly dead (thanks, Google!). The kinds of sites that produced great feeds back in the day grew too big for a hobby. They became either wildly profitable for a small team and thus got destroyed with ads and shitty content (hi Boing Boing!) or people had to back away because it was just too much. Mainstream publications like the NYTimes might still publish RSS feeds (I literally have no idea), but RSS is a poor fit for how much content they produce.

When I look around, it seems that the RSS feeds of ten years ago are now awesome newsletters. See how often your favorite sites talk about their newsletters vs their feeds. I’m pretty confident I’ve never heard a podcast ask me to sign up for a feed, but many casually mention their newsletters. (Well, to be fair, podcast feeds are just RSS, so in that sense it’s survived, but I think we can agree it’s a very different use case.) The market has moved.

This shift is not all peaches and cream. The superiority of email as a publishing mechanism has not brought with it a superior reading experience. Long form content from writers I follow does not belong in the same inbox as requests for coffee meetings, yet that’s where we are. (I asked the Feedly CEO if they would please please add newsletter subscriptions to their platform, and he could only say they were considering it. If you want to build the newsletter reading app, hopefully with an index of great letters to subscribe to, count me in as an early contributor.)

Even with its downsides, I’ve decided to move my writing to my own site via a newsletter-first publishing model. From now on, everything will be published first to that site and the newsletter (sign up now!). There will be exceptions, when publications offer enough exposure that I give them some period of exclusivity. I will also indefinitely duplicate each piece to Medium on a delay, to take advantage of the audience I already have there.

There are enough examples out there that I’m pretty confident this is the right long term answer, but it’s early enough that it feels like an unstable experiment. Like most, I love and hate email, and I am a bit bummed about the extra infrastructure involved in this system.

If you’re still an RSS person at heart, you can always just subscribe to the feed, and if Medium is your bag, at least for now you’ll be able to see everything there, too. Of course I can’t promise how this plays out in the long run - else it would not be much of an experiment - but you can bet I’ll work hard to find the right way to talk with the people most interested in what I have to say.

One note before I go: I could not have made this transition without the help of Mike Julian. He helped set up each of the services, mediated the hiring of a consultant to modify the site, and connected all of the services together. He’s got a great book on monitoring, and is available for consulting on monitoring and observability. I can’t recommend him enough.

Thanks for following on so far. I’m excited about another year of writing.