The High Cost of Fitting In

They say authenticity is the key to success, and once you can fake that, you’ve got it made. My experience says it’s not quite so simple. 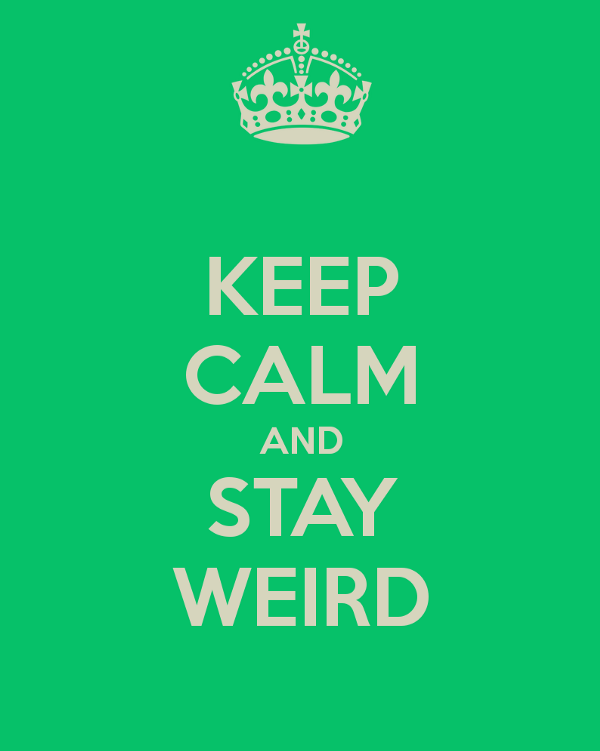 When I was 23, I was hired as a system administrator for the first time. I joined BlueStar Communications, which was a young but well-funded company stupid enough to take on the incumbent telecom carriers. Their CEO was a maverick, especially in staid telecom in Nashville, Tennessee. He was bringing always-on internet to small businesses in the southeast (yes, there was a time when this innovative), and blended in about as well as a hockey player in a three piece suit. I was excited to work with someone who I could identify with, and learn from.

He was fired the week I started.

Like the founder of BlueStar, I’d had my own struggles with long tenures. I was fired from a cabinet company after only a week. I lasted a full three month contract at Adidas before having it ended the day I left to visit family. I also lasted only three months in QA and Mac administration jobs.

For all of these firings - except maybe the cabinet shop, which bored me to tears - I wasn’t bad at the work, I just didn’t fit in. You could say I wasn’t really housebroken, that I didn’t know the rules of how people acted in American corporate environments.

All of my prior work experience was remodeling houses with my family, after growing up on a commune. I had no idea what made people normal, I just knew I was missing it.

These failures inspired me to work harder at being worth keeping around, but in parallel I started learning to look like I knew what the rules were and was at least trying to follow them. For someone who only a few years earlier walked around campus with knee-high boots, a spiked leather jacket and a mohawk, this was no mean feat.

This experience with firings was a huge influence when I started Puppet in 2005, six years after I met the CEO of BlueStar. I bootstrapped the company for more than four years, partially because I failed to find an investor I trusted to keep me in the CEO role. The first term sheet I ever received was on the condition that I accept a friend of the investor’s as CEO. (I declined.)

As I grew the team, things got more difficult. One of the first people I hired immediately declared his greater fitness for the CEO role, with zero relevant experience, and tried to convince others to oust me from the company I’d built and they’d just joined.

Yes, I was paranoid, but they really were out to get me.

From my first hire through raising $87m in funding and growing to nearly 500 employees, I could never get comfortable. Everyone I worked with reminded me - unintentionally - that I didn’t fit in, that I didn’t behave as they expected. As I grew into my role, I excelled in areas, but continued stepping in holes that everyone else could see.

The suspicion that I wasn’t faking things well enough was confirmed as I was raising a later round of funding.

Before a pitch meeting, an investor said to me “Now try to be more like a Valley guy, not so much a Portland guy.”

Infuriatingly, I knew what he meant, but also that I’d never be able to pinpoint what I was doing wrong. I worked every day on my “Valley guy” pantomime, from the clothes to the books to the words. This pointed statement told me in stark terms that my efforts were obvious failures to even the casual observer.

Knowing the world saw me as an imposter caused me to hold back. I don’t mean I had imposter syndrome; I suffered from it like most high performers do, but that’s not what this was. The world around me constantly pushed back against what made me “me”, making me worse at just about everything.

I had put myself in a box. I wasn’t even willing to consider ideas that I didn’t think the people around me would accept. I was brave, within that window. I was daring, but not too much. I could do anything I wanted, as long I still kind of looked the part. This box excluded many great options, and notably, excluded a lot of what I most wanted. My weirdness isn’t skin-deep, and a lot of what I wanted just didn’t fit, so I tried to do something that did. Thankfully a lot of it worked out, but I think it could have better, and I know it would have been more pleasant, if I had been more brave, more willing to own my lack of belonging.

It’s worth noting, this was all as someone who did theoretically look the part. I’m a medium-sized white male with a degree from a great school.

I can’t imagine how much worse it would have gone for someone who literally looked different - wrong skin color, wrong gender, wrong accent, disabled, too short, etc. Maybe that was my real problem - people let me in the door thinking I was like everyone else, and only once they started talking to me did they realize how weird I was.

Finally, after almost ten years of running Puppet, I found a way to escape this box I had put myself in. I would quit.

It’s not fair to say this was the only driver for my decision, or even that I was thinking of it this way at the time. What can’t be denied, though, is how much it changed me. I lost my fear of being fired for not fitting in, because I was working to leave anyway.

I couldn’t see the box when I was in it, but when freed, unavailable actions suddenly became doable. I could trust myself for the first time since that first hire, so my cost of decision-making plummeted. I didn’t need to look to society as some sort of arbiter of what’s reasonable.

I had been preventing myself from using my now-highly trained instincts, which reduced me to tackling easy problems or making slow, bad decisions. Or sitting there and doing nothing, which is generally an even worse decision.

Outside the box, my inductive reasoning center could operate without all the second-guessing. I was able to hire a product leader based on instinctive conviction that we were aligned on how to work. I made an incredibly tough call on hiring for Business Development, by following my thread of fear that maybe I was being pulled toward too easy of an answer elsewhere. Most importantly to me, though, I was able to develop and begin rolling out what I think is a truly great product strategy.

I did some of the best work of my life.

This experience has an interestingly conflicting lesson.

On the one hand, the cost of trying to fit in is often too high. No matter how much you want it, you might have to choose between failing at what you want and succeeding at what you can authentically do. If you’re building a team, the choice may come down to those who are great at the job and those you can work with.

On the other hand, I somehow fooled people into thinking I was normal (well, normal enough) for long enough to become a successful CEO in a field where I seemed like an alien to everyone involved. That pantomime was critical in developing the instincts I was able to apply so well as my tenure wound down, and now I have opportunities I never could have dreamed of.

I think the duality of this lesson is important in the conversation around diversity. Puppet couldn’t have existed without some tolerance for my weirdness, but it was also much harder because of it.

I’ll never know if getting out of that box earlier would have caused me to do even better as CEO, gotten me fired ignominiously years earlier, or even maybe caused the company to fail early on. What I do know is that I was deeply hurt by not facing and acknowledging my fear of being fired.

Fear is healthy and reasonable. But you have to pursue it, nail it. Understand it. Not run from it.

I am privileged to have no idea what is in store for me, and no fear at the prospect. I feel no need to fit in anymore, both because I have nothing to prove and because the cost of not fitting in is now one I can afford to pay. If anything, I’m now considered more valuable because I don’t fit the mold.

The lack of pressure to conform brings incredible freedom. Freedom that everyone deserves.

How Can I Help?

When It Comes to Culture, You Can Be Right, or You...