There is powerful technology hidden in the blockchain. Just strip out the parts everyone cares about 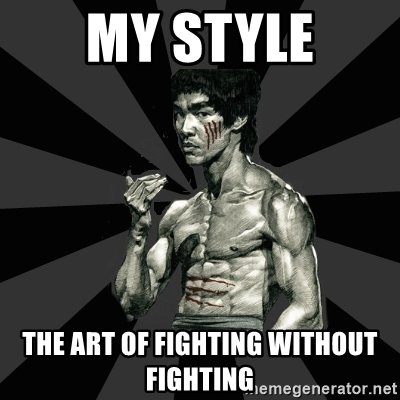 People are very excited about the blockchain, convinced it’s going going to replace cash, or gold, or credit cards, or even the internet. I’ve even read claims that it’s the most important invention since little things like money and democracy. Starving through a failed attempt at utopia has taught me to align with the skeptics who point to the lack of proven use cases (other than fraud and crime), and with the pranksters who make fun of the claims of salvation.

The economic use cases (cash, gold standard, “sound money”, etc.) rest somewhere between unproven and conspiracy theory. None get any love from me. Just because I don’t respect the Austrian school of economics doesn’t mean I don’t understand it. They’re so stuck on their commitment to not learning from history that they can’t let go of the switch away from the gold standard. I am also not silly enough to think that the anti-government libertarians are in it for anyone but themselves.

I’m only here for the tech, people.

The world of the blockchain is in a state of flux. This is normal for movements, and especially so for the definitions of words to be shifting quickly. I experienced this directly as Puppet was helping to create the DevOps space. Today, when we say ‘blockchain’ we mean a specific set of features provided by the code underlying Bitcoin; some might add the requirement for smart contracts, as added by Etherium.

I think that when we look up in five years, the word will mean something quite different. As the conversation inevitably shifts from hype about its universal applicability to finding practical use cases, I am convinced the term ‘blockchain’ will invert from its maximalist form, including all possible features, to a much more minimal form, defining a base set of functionality that is suitable to solving far more problems. Different implementations will layer features onto that base set, but all of these derivatives will be called ‘blockchain’ (which will soon have purists crying we’re not using the “real” blockchain).

It’s that base set of functionality that I’m interested in. I’m hoping the world’s excitement over the complete package can turn into momentum around a more flexible solution. What can we take away, and what can we do once we strip things down?

Let’s start with the most obvious thing we don’t need: Lack of trust. Free markets are built on trust, so it’s silly to try to build one that doesn’t. I just don’t run into many problems that can only be solved if I never trust anyone. Even writing that out makes me cringe.

I’m interested in power tools, user productivity, and helping teams, which inherently means I’m interested in people who know and trust each other. That isn’t to say data validation and simple synchronization are never helpful, but trust between people is not a problem. So take out that whole part of the story.

Next up is consensus. Let’s be honest: You don’t really want the world to have access to most of your data. And most of you who do, well, it probably doesn’t want to see it. This solution for deciding whose copy of data is right? I don’t need it.

That isn’t to say there aren’t important consensus problems; it’s just that the blockchain’s version of them is not useful to me. I do actually struggle with managing conflicts in my own work. I’m writing this essay on one of the six devices I regularly work from, and I obviously want it to transparently synchronize between the rest. I can dream about never having conflicts, but in the real world I need a simple way to handle them when they happen. That’s my consensus algorithm. If I use the Blockchain’s, then one chunk of work wins and the rest of the work gets thrown away. That might work well in some environments, but is obviously a non-starter for my personal work. Instead, I need an algorithm that gives me control over managing my own work streams.

I expect a blockchain hodler would flip at calling this a “consensus algorithm”. It’s not. It’s more like a tool for managing merge conflicts. If you buy into the blockchain, you’ve added a ton of complexity that can and should be handled by a person.

It’s not a big leap from managing conflicts between one person’s devices to managing conflicts within a team. This is still an important problem, one wrestled with by anyone building online collaboration tools, but requires nothing like the level of infrastructure built into the blockchain. After all, I trust myself. I trust my team. I like to be able to verify, but I’m more worried about mistakes and data loss than I am about intentional subversion of the system. And actually, the current solution is horrible for teams. It’s one thing for someone else’s work to cause yours to sit in a queue for a bit, it’s another thing entirely to have your code thrown away because someone is in front of you.

Taking out the trust-less consensus allows us to remove the worst part of bitcoin: Proof of work. This is how parties in a blockchain transaction fight to have their work accepted and others’ rejected. If they win, they are rewarded with a token, which is how they’re “paid” for their work.

We don’t need any of that.

We’ve already established we don’t need an automated, trustless process for deciding who gets to update the database (and we’ve concluded we don’t want conflicting just thrown away). As a result, this whole mechanism can just be removed. Good thing, too, because bitcoin is in the process of consuming all of the world’s natural resources in the name of never trusting anyone. This also simplifies the problem of scaling these databases. Bitcoin is stupid slow because its proof of work system is stupid slow. Remove that, and any iPhone can trivially record new data as fast as you want.

Now that we don’t need proof of work, we also don’t need, surprise!, the currency itself. In a trustless system, tokens are used to compensate the networks recording the transactions. This is now so cheap we don’t need to reward people to do it.

There you go. Now you’ve got the blockchain, except without cryptocurrencies, trustless transactions, consensus algorithms, or proof of work.

It’s important to note: It’s not that I think none of these features are ever useful in any case. It’s that none of them are necessary to get the most important features out of the blockchain, and each of them should only ever be added to a system if they’re truly needed. In most cases, YAGNI.

What can we do now? Well, obviously, now that we’ve removed so much functionality we can do a lot more. General purpose languages are more powerful than specialized ones, and a more flexible database is a more powerful one. The current set of blockchain features can really only be used for a narrow set of use cases, and even those seem to be more theoretical than actual.

A database. That’s what the blockchain always was anyway. It’s built on Merkle trees, which means you can validate every change back to initialization if necessary. This makes it kind of trustless: I can validate your work, rather than just trusting your word of what you did. This ability actually encourages me to trust you more with my data, though.

Check back later for more about what I mean.

This article is the first in a series of indefinite length. I’ll explore the consequences of this stripping away. I will also address some of the potential I see for full current blockchain feature set. I look forward to approaching this topic from a different direction.

The power of better tools