There is a solution to wage and productivity stagnation. Just don’t call it automation 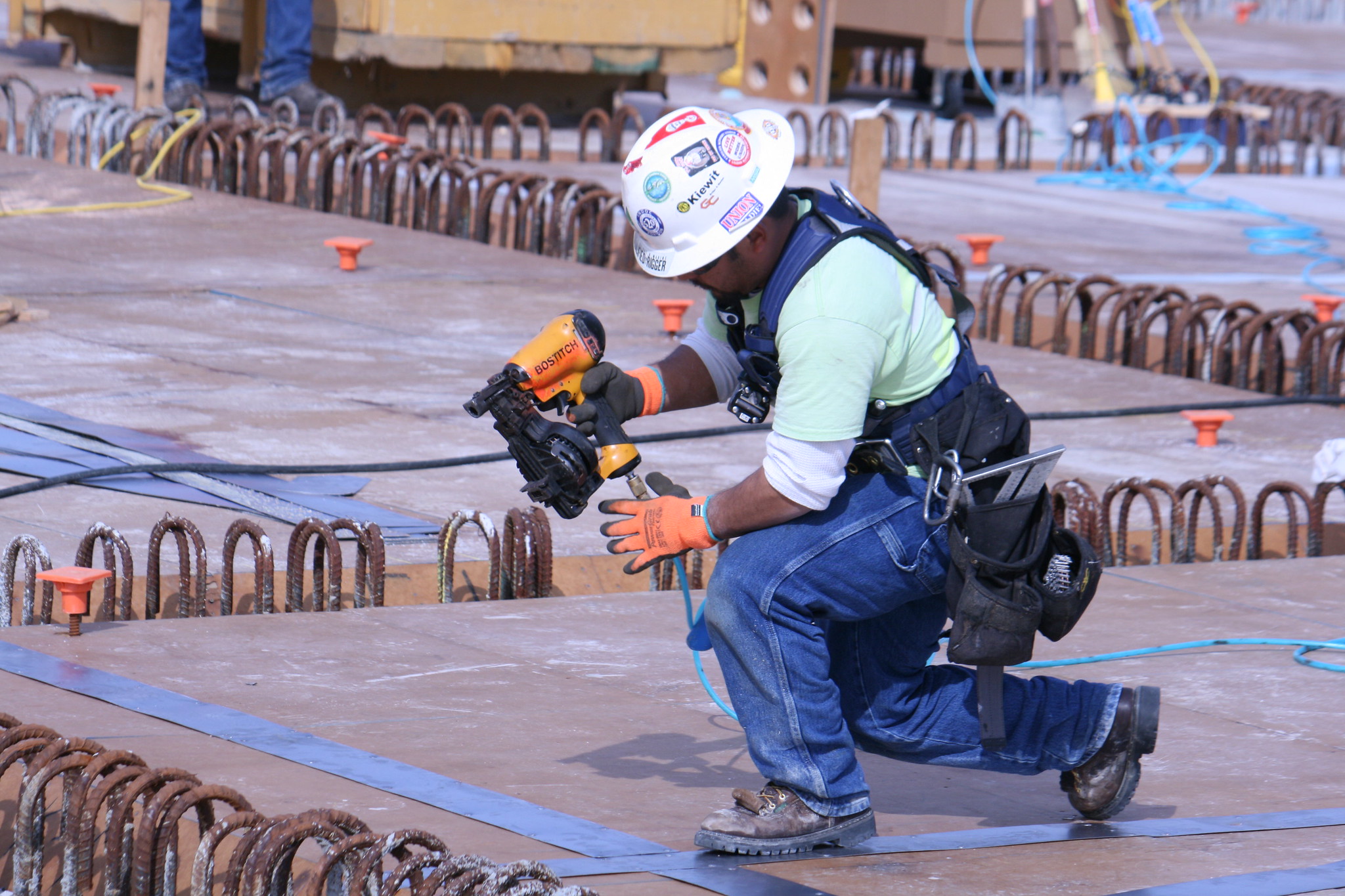 I don’t know what the rest of the world thinks when they use the phrase ‘power tool’, but for me it’s visceral, literal. My experiences using them and watching them transform my family’s work permeated my time building Puppet. These power tools aren’t little plugins to expensive frameworks, they’re large capital investments that dramatically change your job.

I grew up building houses with my dad. The worst task he gave me was trying to paint a set of louvre doors for a closet while in high school; I had to flip the doors over every 90 seconds to catch drips getting through the slats. After three days of misery, my father relented and rented a paint sprayer, with which we finished the job the same day, at a much higher quality.

Around the same time, my dad would rent a pneumatic nailer for big framing jobs. By the time I finished college a few years later, that critical tool went from borrowed to owned and traveled everywhere with him. Initially used only for large jobs, most contractors now have multiple nail guns to cover framing, trim, and every other use case, and the air compressor needed to power it is as important as electricity.

It might not be obvious, but both of these are examples of automation. You replaced a very manual process — applying paint, or nailing things together — with a machine. If this were a factory, these days you’d call those machines robots, but because it’s a construction site, we just call them tools.

And these tools were expensive. Even with how much faster we finished that painting job, I expect it cost more to rent the sprayer than to finish the work manually, because of how little he was paying me. (This does ignore the soft costs of listening to me complain, which were likely high.) Even today paint sprayers and nail guns are often rented rather than purchased, because good ones cost a lot of money and aren’t needed all the time.

It’s no surprise that discussions of tools and productivity are easier to understand from my experience as a carpenter than as a sysadmin. There’s plenty of room for arguments about what is or is not a software power tool, but when it costs more than a week’s wages, it trails a bright orange cord everywhere it goes, and it can nail your hand to the wall while you’re standing at the top of a ladder1? It’s a power tool.

There’s a common story about what robots and automation do to people like my dad (and both of my brothers, who followed in his footsteps): It steals their jobs and ruins their lives.

If you think of your job as driving metal spikes into wood, then a nail gun is a mortal threat. But if this is your value add, your biggest danger was never automation. My dad never sold his ability to join raw materials together quickly; he sold homes, he sold the opportunity to enjoy your house and family more. How did these new power tools affect that?

They were awesome. Painting and nailing are classic examples of menial, low-value work, and yet we spent most of our time on them. All of the differentiation we offered to our customers was packed into a narrow slice of work, because implementation took so much time and money. As we were able to bring more powerful tools to bear, the menial work shrank and larger portions of our time could be spent on design work, customer interaction, and tuning our customers’ homes.

Interestingly, my father’s next career step was even more pointedly about experiences enabled by tooling. He took a job with a state hospital in Tennessee, fabricating custom furniture for severely disabled patients. Suddenly he was using industrial sewing machines for upholstery, and partnering with medical professionals to design multiple beds for each patient, enabling them to be happier and more comfortable (and also avoid bed sores, thus saving hundreds of thousands of dollars per patient). Given the tragically minimal budget allocation for this kind of work, every dollar saved through automation and tooling directly delivered health and happiness to his patients.

It’s no wonder I see the value in power tools, that I am more conscious of the benefit they can deliver than the loss of low-value menial work.

I had a similar experience as I was building Puppet. I would meet executives and salespeople (I don’t know why it was always them) who would say, “Oh, automation? Great, you can fire sysadmins!” No. Beyond the obvious reality that I was selling directly to my users, who would never buy on the promise to fire their coworkers, that was just not why we were valuable.

Puppet gave people a choice between lowering cost but keeping the current service quality, or keeping your costs flat while providing a much better service. “Wait, making things better is an option? I didn’t know that!” Most companies were aware that their IT sucked, but they only knew how to measure and manage cost, so that’s what they did. Once you believed in the power to make things better, power tools turned out to be great investments for both the user and the buyer.

By letting people spend more time on the parts of their work they enjoyed, the work that makes them special, we also delivered higher quality experiences for their customers and constituents. “Spend less time firefighting and doing menial work, and more time shipping great software.” If the heart of your skillset is clicking buttons or responding to outages, Puppet might have been a threat to you, but our users knew where their real value was. We helped them spend more time there and less time on the boring, low value stuff. The sysadmins hated the work, the customers hated to need it, and the executives hated paying for it. Great, done, don’t worry about it.

When you look around the software market, though, power tools are out of style. There are big data companies building for the non-existent average user, minimalist companies building solutions that do little for almost everyone, and there are power tool companies of yesteryear still hanging around. There just aren’t that many modern software companies building large, clunky, expensive tools that just might cut your hand off if you’re not careful.

That’s partially why productivity has stagnated2. The world has not changed that much — some of the greatest improvements to productivity come from making large capital investments in tooling for your workers — but how we spend our money has. People balk at a $5k computer, when the Mac IIci would cost more than $13k in today’s dollars just for the hardware, yet was a powerhouse in desktop publishing. This is to say nothing of how the mobile app stores have driven down what people are willing to spend on software.

Yes, Adobe’s software is expensive, but it’s that price because it delivers so much value. If it didn’t, no one would buy it. Every large market should be so lucky as to have the collection of power tools that graphic designers get. It sounds crazy, but we’re suffering from not enough expensive software. Instead of building the most powerful software possible and finding customers who see its value, companies are building the simplest thing they can and trying to get everyone to use it.

There are bright spots in the industry, like Airtable and Superhuman. I’m hoping they help to shift momentum back to automating away the tedious work and enabling focus on what humans excel at.

More powerful tools improve your life, but they also make you happier even if you can’t buy them. They tantalize you, promising you great returns, if only you can come up with the cash. And they’re maybe just a little bit scary, warning you that buying them is not enough. You must master them.

Get my articles by email